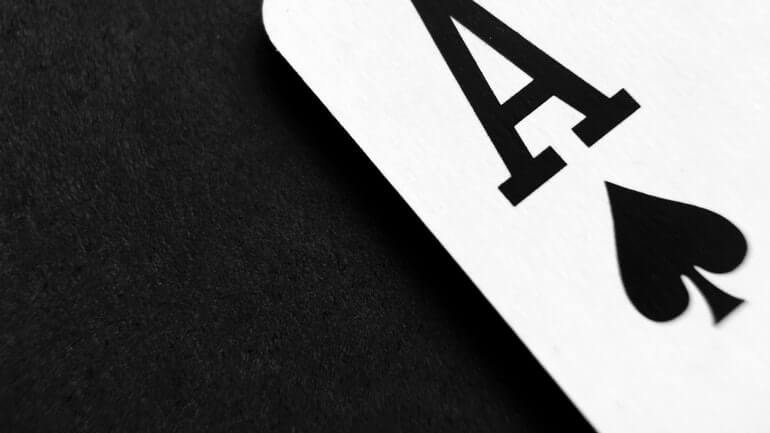 Throughout history, poker has been perceived as a game of chance. But the truth is that poker is more like chess than slots; the more skills you have accumulated, the higher your odds of winning will be. This assertion has been confirmed by some epic poker wins.

There are countless mathematical theories that support this, but we won’t bore you with those. Instead, we’ll ask the same question that Mike McDermott asked his friend in Rounders: “Why do you think the same five guys make it to the final table of the World Series of Poker every year? What, are they the luckiest guys in Las Vegas?” No way.

Poker winners are players who succeed in winning the biggest poker tournaments because they have advanced skills and they know the game. They can decipher and adjust to their opponents’ style of play, and they can mathematically assess the odds precisely and efficiently. They are less influenced by oscillations and they know everything about winning hands in poker. The most popular card game ever has produced many amazing players who have changed the gambling landscape, made millions of dollars, and become the biggest poker winners ever.

When they speak about poker, the majority of people generally refer to Texas hold‘em, which has been popularized through the World Series of Poker (WSOP). Nevertheless, there are many variations and versions of poker, with the most popular ones being draw, stud and community card games. Whereas “friendly” tables allow players to choose the type of game they play, higher-level, structured tournaments typically specify the format from the very start.

The Biggest Poker Wins in History

In the last decades of the twentieth century, the tournament was dominated by Europeans. That trend was revived in the 2014 WSOP Main Event, which was claimed by Martin Jacobson from Sweden. It was one of the biggest poker wins ever, with 6,683 participants and an unforgettable November Nine played out repeatedly by Jacobson between qualifying for the final and participating in it.

The 45th edition of the WSOP Main Event hosted the European finalists, with Jacobson toppling Felix Stephensen from Norway and Jorryt van Hoof from the Netherlands for the $10 million top prize. In his final winning hand, Jacobson had a pair of 10s, which led him to winning the prize and becoming one of the biggest poker winners in the history of the game.

Qui Nguyen did not win the biggest prize in poker history, but he did make history when he was invited to take part in the 2016 World Series of Poker Main Event through a $1,100 satellite. His story is fascinating, as he only cashed at a WSOP event twice – in 2016 and 2009, when he picked up $9,029. Nguyen qualified for the November Nine (final table), and won by using bots and predictive algorithms.

Nguyen’s achievement is interesting because, as a wild card and generally considered the underdog by the betting markets, he managed to beat Cliff Josephy – the best online poker player – with his unconventional style and bluffing the pros he played against.

Peter Eastgate, one of the most famous WSOP winners, won the 2008 WSOP Main Event, registering a number of firsts in the process. He actually had to beat 6,844 players to reach the November Nine and win the bracelet. He was the first card player from Denmark, the second European, and the first Nordic player to win the Main Event. Eastgate was also the youngest player (22 years) ever to win the event, only to be topped by Joe Cada in 2009.

Eastgate won $9.15 million in a two-day final table consisting of 274 hands that took 15 hours and 28 minutes to play and topped the 14-hour-long final table from 2005. Apart from being the longest, this game was also unique in poker wins, as it was the first time that the big blind ever reached seven figures at one million.

Besides Eastgate and Cada, Heinz was the youngest player to win the WSOP Main Event, at the age of 22. Heinz was also the first ever German player to win the tournament, while also having to beat 6,865 players. He was the topic of much praise and criticism due to his two-day final table session with his master game. In addition to the title, the WSOP payout also included winning the gold and diamond bracelet – symbols of ultimate achievement in poker.

Decisive in Heinz’s victory was his ace-high winning hand.

This tournament was the sixth-biggest prize pool in poker history and one of the largest poker tournaments ever. With a planned $82.5 million on the line and a buy-in of about $1.34 million, the tournament attracted only 54 participants, which is why the prize pool was reduced to $65,660,000.

The tournament brought together some of the world’s best pros to play alongside enthusiastic poker “recreationals” – all putting up their $1,200,00 buy-in to compete for the title in one the richest tournaments (probably the richest) in poker history.

Although he only had a single poker tournament win, Jonathan Duhamel’s victory in the 2010 WSOP Main Event undoubtedly made it one of the biggest poker wins in history. Considering that this event was the fourth-biggest, the prize Duhamel took home counts as one of the richest ever. Among 7,319 participants, there were some big names in the game, including Bruce Buffer, Ray Romano, Emmitt Smith, and Shannon Elizabeth.

By beating all these people and winning the golden bracelet as one of the youngest victors in the history of the tournament, the then 23-year-old Canadian made it to the Hall of Fame as holder of one of the biggest poker winnings. The tournament itself lasted for four months, with John Racener coming in second with $5.5 million.

The youngest winner of the WSOP Main Event beat 46-year-old Darvin Moon in the finals. This man’s calm disposition took him to the list of WSOP winners and earned him the title of world champion. Before his WSOP victory, Cada had been a regular online poker player for several years, known for some of the biggest online poker wins. Cada, who goes by the nickname “the Kid,” is a statesman of the profession and an advocate for the legalization of gambling.

Although he almost got suspended from the tournament, Jamie Gold made it straight to the final with one of the biggest poker wins ever and the 2006 WSOP Main Event is still considered the biggest poker tournament in the history of the game. The buy-in for the event was $10,000, but what made the prize pool so colossal was the fact that 8,773 players entered the field.

This was the time of the poker boom, but the event itself was so massive that they had to have four starting days, cutting the field down to 800 players each time. Gold may not have been the sure bet, but his tactics proved effective, with his special skills mainly including psychological warfare – he was great at coaxing responses and outplaying worn-out opponents.

In the end, his tactics earned him one of the biggest wins in poker and he headed home with $12 million.

In 1998, Negreanu made his first cash at the WSOP, and also won his first bracelet. He took home $169,460, and started building both his bankroll and reputation. By winning this event, Negreanu became the then-youngest bracelet winner in the history of the WSOP, but that record was later beaten by Scott Fischman. He won his second bracelet in 2003 (and earned $100,000), with another one in 2004, the fourth in 2008, and two more bracelets in 2013.

Negreanu entered the $1,000,000 No Limit Hold’Em game – The Big One for One Drop – at the WSOP in Vegas in 2014. The best poker players in the world entered the game and Negreanu made it to the final table. Although he lost to Daniel Colman, he still took home over $8.2 million, making him the player with the biggest money wins in poker.

In 2012, this former professional magician surely pulled off one of the greatest tricks, earning the biggest amount of money from any poker tournament in history. He actually won the single largest prize in sports history and the first platinum bracelet – $1,000,000 in the Big One for One Drop event.

The final day of this spectacular tournament saw some of the biggest names in poker trying to beat some of the most talented amateurs in an epic battle for poker’s first $1 million buy-in WSOP event. Ultimately, Esfandiari defeated Sam Trickett and won the top prize of $18,346,673.

QWho has won the most money in poker?
A

Justin Bonomo has earned $10 million for winning the $1 million buy-in “Big One for One Drop” at the 2018 WSOP in Las Vegas. This added him to the list of players who have won the most money in poker, whilst also putting him on top of the poker rankings. His live tournament winnings amount to $48,508,778, which makes him “only” the second-highest-earning live tournament player in history, after Bryn Kenney.

Bryn Kenney has earned a total of $56,403,502. This 33-year-old poker pro is often seen in online tournaments. In 2019, he won around $20 million in the largest buy-in poker tournament: the £1,050,000 Triton Million – A Helping Hand for Charity event sponsored by partypoker LIVE. He made almost $30 million in 2019, which makes him one of the richest poker players in the world.

QWho is the number one poker player in the world?
A

There are different opinions regarding this question. While some claim that Phil Ivey leads with eight WSOP bracelets as one of the biggest cash game poker winners in history, Daniel Negreanu has made it to the top of the all-time list in live tournament earnings with $36.15 million.

Nevertheless, 27-year-old Steffen Sontheimer from Germany won the inaugural Poker Masters, a high-roller tournament series in 2017, and made $7.05 million in live tournament cash in 2017 alone. With some of the biggest online poker wins alongside this, he is considered by many to be the best in the world at the moment.

QWho is the most successful poker player?
A

While there are different opinions regarding what exactly makes “the most successful” poker player, we’d nominate Phil Helmuth. The “Poker Brat” won 15 WSOP bracelets and more than $21.7 million until 2017. His highest cash payday is about $2.6 million. He may be infamous for his impulsive behavior with opponents and fellow poker players, but his poker skills are remarkable.

He was invited to the Poker Hall of Fame in 2007, participated in High Stakes Poker’s Season 1, 4 and 6, appeared in numerous shows, and coached on Fox Sports’ Best Damn Poker Show.