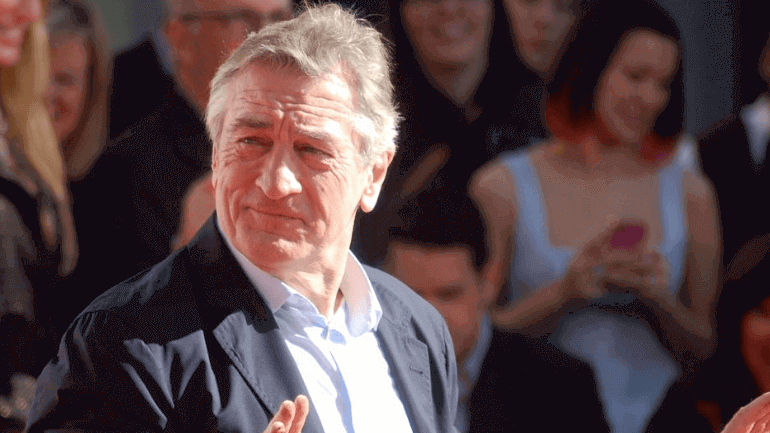 Movies based on true stories are often popular, intriguing, and fun to watch. That’s why there are so many of them. Of course, we don’t find all of them interesting in the same way. The most engaging are those true stories that keep us on the edge of our seats: mob wars, cunning heists, and larger-than-life characters. Combine these three elements and you get Casino, the 1995 hit film.

What Was the Story About?

The Martin Scorsese classic Casino was released in 1995. It starred Robert De Niro – Casino’s main character – alongside Sharon Stone and Joe Pesci. The story is about the real-life character Frank ‘Lefty’ Rosenthal, who managed the Fremont, Hacienda, and Stardust Casino (later renamed the “Tangiers” in the film for legal reasons). Rosenthal did this job in Las Vegas for the Chicago mob back in the 1970s and 1980s.

After the movie came out, a lot of people wondered ‘is Casino a true story?’, and ‘how much of the movie actually depicts real-life events?’ As is the case with any movie based on true events, the storyline of Casino isn’t 100% faithful to real life in every detail, but there are plenty of true events that were too good to be left out of the movie script.

Let’s introduce you to these stories.

Are the Main Characters from the Movie Real?

When it comes to cinematography, separating fact from fiction is sometimes more entertaining than the film itself, especially when we’re talking about real-life characters. That’s why most people’s first question about the movie is: Are the main characters real? Yes, they are.

You’re familiar with the saying “too good to be true.” Well, some stories from Casino seem too crazy to be true, but they really happened.

The story about Rosenthal’s possession of a gaming licence, alongside his surviving a car bombing, or the death of a former casino executive in Costa Rica – all of these stories and many more sound like perfectly scripted movie events. But are they true?

Despite being the manager of three casinos, the real-life Rosenthal didn’t actually possess a gaming licence. None of the casinos in the movie were ever actually Sam Rothstein’s casino, although they may as well have been.

Since he was deeply linked with organized crime, it was too risky for Rosenthal to try to get a licence for the casinos he ran. To avoid these shady connections being uncovered, the mob gave Rosenthal lower-profile titles in the casinos he was effectively in charge of.

He held official titles like entertainment director, food and beverage manager, and bell boy, but in reality he was managing these operations.

This story is known in the movie as the courtroom scene, where Rothstein gives us a very public glimpse into the corruption within the country’s legal system at the time. The incredible detail is that Rosenthal himself was a part of a very similar court case to the one depicted in the movie.

The Car-Bombing Scene Is Real – Rosenthal Did Survive it

Although it’s hard to believe, the truth is that the car-bombing scene is another Casino real story. In the movie, there’s a scene in which Ace Rothstein survives a car bombing in almost unreal circumstances, but the unbelievable part is that this moment occurred in real life.

The question is how did the real-world Rosenthal survive this near-death experience? The story goes that a metal stabilization plate located underneath the driver’s seat saved him.

The story about a former casino executive who was hunted down and killed in Costa Rica certainly deserves to be mentioned among all the Casino true stories. This wasn’t the only murder shown in the movie, but it is one of the few that happened in real life.

The former casino executive in question was at his home in the tropical Central American country when he was infamously hunted down and killed.

The Affair Between Geri and Spilotro – True, or Just for the Movies?

Love and affairs are an inevitable part of any movie involving mobs, casinos, and indeed any stories about money, drugs, and other sins. That’s why the movie Casino presents the love affair between Ginger – who was Sam Rothstein’s wife – and Santorno as the main reason for the two characters’ demise.

The real story behind this one from the movie says that there was indeed a forbidden romance between Geri and Spilotro. However, there’s no reason to believe that the real affair ruined them in the same way the movie describes.
The other difference between the movie’s version of events is that, in real life, by the time Geraldine McGee had got involved with Tony Spilotro, she and Rosenthal were already divorced.

Anthony Spilotro Was Killed And Buried In A Cornfield In Indiana

One of the most iconic deaths of mob movie history is the slaying of Santoro and his brother Dominick, who were ambushed by Frank Marino (played by Frank Vincent) after the aforementioned car bombing. In the movie, Santoro and Dominick were suspected to be responsible for the bombing, so they were buried alive in a cornfield in Indiana to exact revenge.

Although the details are fuzzy, Joe Pesci’s Casino death scene is in fact a real-life event. Legend has it that Tony “the Ant” Spilotro and his brother were buried alive by mobsters for the same reason described in the movie.

Geri Died of an Overdose

Aside from the glorious moments, love affairs, betrayals, and obscene amounts of money, this movie also depicts a great tragedy: Ginger’s death. She died of an overdose in a motel at the end of the movie.

This is an accurate description of how Geri Rosenthal died in real life. She had serious drug problems that eventually killed her. In the movie, this scene is especially tragic because it captures the absurdity of “having it all” and yet still being unsatisfied and unable to cope.

This scene helps us understand that there’s more to life than just material wealth. Happiness in life can rarely be found in short-term pleasures; we need something deeper to be truly at peace with ourselves.

Frank Rosenthal’s Wife: The Infamous Death of an American Beauty

Geri McGee was an American model and a Las Vegas showgirl. She was married to Frank Rosenthal, and both of them were attached to a series of illegal businesses in casinos he managed.

Geri died on November 9, 1982 in Los Angeles from a drug overdose, aged 46. She was found heavily drugged in the lobby of the Beverly Sunset Hotel, and she died three days later. However, her sister said she believed Geri had been murdered by the mob who had also tried to kill her ex. If that is indeed true, it would seem that Lefty Rosenthal’s wife was “the one who took the bullet,” as her sister put it.

It was indeed true that teamsters loaned money to Allen Glick’s Argent Corporation so that he could purchase several casinos, including the Stardust. This was done because of pressure from the mob. Mr. Glick was portrayed by character Philip Green in the movie Casino.

Frank And Geri Did Have Children

In the movie, Sam and Ginger had a daughter. So the question is: Did these people have a child in the real version of events?

Indeed they did. In fact, Sam and Ginger’s real-world doppelgangers, Frank and Geri, actually had two children: a daughter called Stephanie and a son named Steven. However, there’s more to the story, as you’ll see in the next section.

Geri McGee’s Daughter – A Child From Her Previous Relationship

What’s perhaps more interesting is that Geri McGee had another daughter from her first true love: Lenny Marmor. This daughter was named Robin Marmor, and she was cared for primarily by her grandmother.

This story wasn’t represented in the movie, which isn’t surprising, as the focus was on presenting Ginger’s life with Sam, her affair, and Ginger’s revenge.

People often ask whether the lion tamers hired by Sam to perform at the Tangiers were based on Las Vegas’ best-known animal act, Siegfried and Roy. Once again, we can confirm that this is indeed true.

In real life, Rosenthal, in his nominal role as “entertainment director,” hired the legendary lion taming duo after they parted ways with a competing casino. Lefty lured Sigfried and Roy in by offering more money, their own fancy dressing room, and enough space for the key component of their act: the lions. So yes, the lion scene was another movie Casino true story.

The Story About Anna Scott’s Death Is Also True

In the movie, Sam is portrayed as responsible for pioneering sports betting in casinos, and this story is undeniably true. Lefty Rosenthal is credited with bringing sports betting to the casinos of Las Vegas. In fact, in 1976 he set up the first sportsbook at the Stardust, which featured six large televisions.

Given how popular sports betting has become both online and in casinos, one could argue that Rosenthal was the pioneer of gambling as we know it today. There are now numerous experts on sports gambling who enjoy this kind of betting either online or at major brick-and-mortar casinos, like Expedia Las Vegas.

The True Story About Blueberries

You probably remember the scene where Sam insists on having an equal number of blueberries in each muffin. You’d think this was a scripted addition to shine some light on Rothstein’s obsessive personality. But the facts say otherwise.
According to Nicholas Pileggi’s book Casino, Frank Rosenthal was extremely meticulous. He actually did regulate the number of blueberries per muffin, making sure that each one contained at least 10 blueberries. This is just another reason why the answer to the question, “Was Casino based on a true story?” is, once again, yes, with plenty of real detail included.

This story is true. The pack was referred to as “The Hole in the Wall Gang,” because in order to breach their target locations, they would cut holes in walls and ceilings.

Did You Ever Want to Know: Where Was Casino Filmed?

Mostly, the filming of Casino took place at night in the Riviera Casino in Las Vegas, including the nearby defunct Landmark Hotel as the entrance. This replicated the fictional Tangiers.

Other filming locations included restaurants from all around the city of Las Vegas and its suburban outskirts.

QWas Lester Diamond a real person or a part of the Casino characters?
A

The character in the movie played by James Woods is Lester Diamond, who is Sharon Stone’s boyfriend. This movie character is based on an actual person – John Hicks – who is the son of gaming pioneer Marion Hicks.

QWho was the real Ginger from Casino?
A

Ginger McKenna is Sam Rothstein’s wife in Casino. She is based on the real-life person Geri McGee and was played by Sharon Stone in the movie. Sam and Ginger had a daughter in the movie and a very turbulent relationship, with Ginger cheating on him with Nicky Santoro.

With the incredible true story behind the movie, it’s no surprise how successful this 1995 hit was. Of course, it helps that the movie Casino cast was filled with stars; having Robert De Niro, Sharon Stone, and other big names on the same set was always likely to produce extraordinary results.

QWas the Tangiers Casino real?
A

As we’ve explained in the text above, the Tangiers Casino wasn’t real. It’s a made-up name that represents the Stardust Casino, which Frank Rosenthal ran in real life back in the ‘70s and ‘80s. The name of the casino needed to be changed for legal reasons in the film. It’s one part of the Casino movie true story that isn’t strictly true.