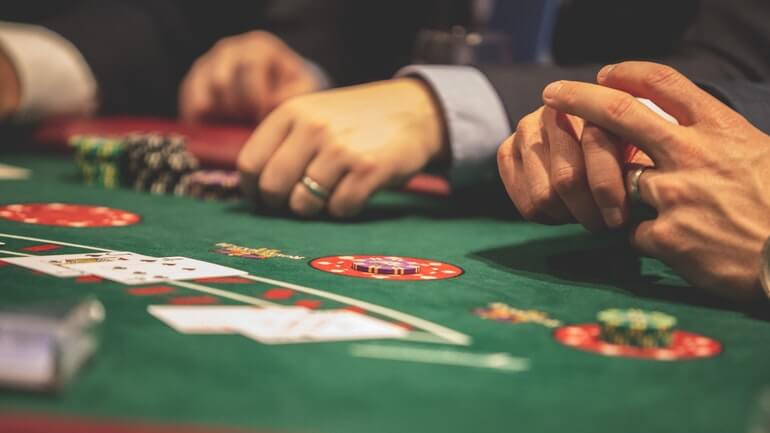 It may look easy on the big screen, but most casino scams are pretty complicated to pull off. The intense planning, meticulous preparation, and grandiose schemes are no easy feat. But if you think the casino always wins, you’re in for a surprise, because these missions have been successfully mastered in the real world – not just in Hollywood.

When we hear the word “robbery” we naturally think of masked men, guns, and scared bank tellers forking over bundles of high-denomination bills. But today’s best casino scams are characterized by nuance and subtlety.

George Bernard Shaw once said: “In gambling, the many must lose in order that the few may win.” His words couldn’t be more true. For as long as there have been casinos, there have been skilled and intelligent people debunking the myth that the house always wins. Casino scams merely prove that as long as there’s money, there will be those capable of scheming others out of it – be it the casino or the gamblers.

Successful scams and tricks require detailed plans, finesse, and nerves of steel. History’s greatest casino cheats have sprung from the imaginations of brilliant masterminds. Most people going to casinos play honestly, but there are those who are ready to risk big to win big and beat the house for enormous sums. Here are some of the best scams ever and the stories about people who managed to pull them off.

The Cutter Gang successfully earned millions of dollars by playing baccarat in 2011 across the United States and the Philippines. They would cut the deck after casino dealers shuffled the cards. Using a meticulous technique, gang members separated the cards. The tiny hidden camera in their cufflinks is what made this one of the most famous gambling scams ever.

After the cards were cut, the player withdrew from the table to pass the camera and information to another player. They were arrested at the Cosmopolitan Casino in Las Vegas, but were released because the authorities could not establish which law was violated. They were later arrested in the Philippines, but some escaped custody and have been missing ever since.

Another one of the top ten scams of the casino world was pulled off in 2012 by a group of New York con men who hit the casinos in Ohio. A few of them joined a game with low stakes, and while one of the players distracted the croupier, they switched casino chips across different tables.

They actually left the low-value table and secretly passed the chips to a high stakes table where they were switched by another player, which increased their value. This roulette scam was executed across multiple casinos. The exact number of casinos targeted and accomplices at large are still unknown to investigators.

In 2011, another ingenious scam took place when an Italian and three Frenchmen devised a fantastic scheme to rob casinos, starting at the Princess Casino in Cannes. Playing stud poker, they succeeded in walking away with $84,000 due to their innovative scamming technique. One of the Frenchmen marked the cards using invisible ink to draw symbols indicating their value, while the Italian wore special contact lenses allowing him to see the marks.

Even though they were able to take tens of thousands of dollars in one of the best scams in history, casino management identified an unlikely second lucky streak by the same players in a short time, which raised the suspicions. It took a while longer for investigators to understand the scheme, but once they uncovered it, they were able to secure lengthy sentences for each of the scammers.

The year 2004 was marked by a trio of gamblers from Serbia and Hungary who won over $2 million at roulette due to a technique called “sector targeting.” They were actually scanning the roulette wheel using their phone cameras in one of the most successful scams, which enabled them to read the orbital decay (a calculation involving wheel dimensions and the speed of the ball) and made it possible for them to forecast a likely end point for the ball in each spin with impressive accuracy and place their bets accordingly.

They were arrested, but since “sector targeting” was not technically considered fraud, and the authorities were unable to find any legal basis for sanctioning them, all the players were released and allowed to keep the money.

In the summer of 1973, one of the most famous casino scams ever took place in the Deauville Casino in France. It involved a radio amateur who was also a roulette dealer, and his brother and sister-in-law. The dealer put a miniature transmitter in a cigarette pack and a tiny receiver in a roulette ball. The signal triggered a mechanism that made the roulette ball fall on a specific number with impressive accuracy.

His brother sat at the table and placed bets, the dealer switched in the receiver ball, and his sister-in-law played at the next table to avoid being detected. In one of the biggest casino scams in history, her “task” was to control the transmitter. Namely, she held a pack of cigarettes in her hand and each time she pressed the button on the transmitter, the ball would fall on one of six possible numbers with 90% accuracy. In a matter of one week, they earned about $1 million.

The casino manager noticed that something was wrong and upon contemplating different possibilities – and after an unsuccessful courtship attempt involving the dealer’s sister-in-law – he put two and two together. Pursuant to analysis of different scamming strategies, he ordered the casino floor to be scanned for radio frequencies, which eventually helped the authorities bring charges and arrest the scammers.

From 1995 to 2000, a group of true artists among scammers called the “Roselli Brothers” took $40 million from casinos in New Jersey, Nevada, and Puerto Rico in one of the biggest scams in history. They forged the identities of other people to negotiate credit terms with the casinos.

The Roselli brothers hired a computer whiz to extract a bunch of data from a national credit database, identified those with a substantial credit line, and opened accounts in their names to apply for a credit line at different casinos. For five years, they lived by other peoples’ names, thanks to their meticulous planning and perfect timing.

During the New Year’s weekend in Las Vegas, they dramatically exited the game in one of the most spectacular casino gaming scams ever. They decided to kick it off in style with multiple accounts on the go and hit several casinos in just one night, with single bets up to $100,000. They picked up all the money and disappeared forever, leaving the casinos to pursue the people whose identities they stole.

It took six months for the FBI to establish that the scam had occurred, but they never succeeded in tracing the “Rosellis.”

Many casino player card scams like this one have been made into movies and documentaries, the most famous of which portray gambling scammers as romantic heroes and not serious offenders.

In 1977 a group of relentless, highly intelligent students and ex-students from MIT devised a card-counting scheme that helped them take home abou $5 million from different casinos. This scam is considered unique because there was actually no cheating involved.

When it comes to legendary casino scams, this one is peculiar. One of the players would play, seemingly uninterested, and at the same time, he would count the cards until mostly high cards remained in the deck. Another player would then be signaled to come to the table and place a large wager, knowing with great accuracy that he or she was about to win. The group operated until the early 2000s, with many similar groups still using their modus operandi to beat the casinos.

Every now and then, a new scandal related to match-fixing makes the world of sports betting a bit more uncertain. Moreover, when information leaks about the amount of money circulating in these channels, the matter becomes even more serious. Such events commonly include referees, players, and even coaches.

Among the 10 biggest incidences of sports betting scandals, a few stand out in particular: Pete Rose in 1989 (banned for life for betting on games, especially while managing the Reds), Tim Donaghy (2007), a long-time NBA referee who bet on NBA games and shared information to other gamblers, and Northwestern, in which Dewey Williams and a teammate were shortly imprisoned for being involved in games fixing during the 1995 season.

Being the target for many scammers and crafty criminals, casinos occasionally find it hard to deal with the ingenuity of some of these scams, like the fake casino chips made by crafty scammers such as Louis “The Coin” Collavecchio. These scams are typically executed by intelligent, resourceful, and often relentless groups and individuals who are constantly devising new systems of protection from casino scams.

Gambling scams also involve other more or less successful attempts at beating casinos. In the relatively novel phenomenon of online gambling, a specific form of scamming has also emerged. Unfortunately, this targets players, not casinos.

In the insidious arena of online gambling, you need to prepare for both dodgy casinos and systems spinning tales about winning easy money. In online casino and online roulette scams, the key threats have been identified as: outright deposit theft, rigged games, crooked software, refusal to pay winnings, and identity theft.

QHow do casinos cheat?
A

The question should actually be “do casinos cheat?” Every casino has a built-in advantage on its games, referred to as the house edge. It represents the percentage of the player’s bet kept by the casino as a profit on average over the long term. Casinos actually “win” because the odds are stacked in their favor.

Other than that, reputable casinos have no reason to cheat. Regardless of the way games are set up, the casinos are already guaranteed profits, by simply paying less than what the bet is really worth. This practice could hardly be classified as a casino scam – at best, it could be called unfair.

If you consider gambling an alternative way to generate extra money, you should think twice before exchanging your money for chips, and thus selling away your only advantage over the casino. True, casinos can offer lots of fun and great shows (even fake casinos with no license and obscure game selections), but in the long run, you’re more than likely to lose to the house.

QIs it possible to hack slot machines?
A

In casino cheating, slot machines have widely been considered a tough nut to crack, but a few sharp-witted scammers have succeeded in beating the machine. Tommy Glenn Carmichael with his infamous “light wand” and Dennis Nikrasch – who robbed about $16 million from several casinos in Las Vegas- are two examples of this.

QWho is the biggest scammer in the world?
A

The Roselli Brothers are widely considered the biggest and most successful casino scammers ever, mostly because the authorities never actually caught them and their identity remained a secret. They pulled off the mother of all casino scams by stealing people’s identities, which helped them take $40 million.